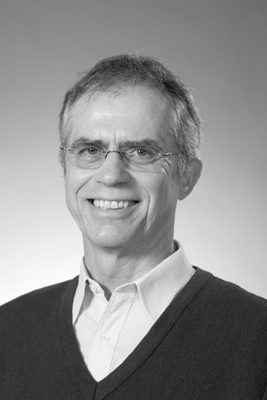 The HIT Lab NZ lost one of its main rudders this week.

Originally from Minnesota in the United States, Ken lived for 11 years in the Pacific Islands of the Solomon Islands, Vanuatu and Fiji working in development assistance before settling in New Zealand. He had worked in educational administration in New Zealand for 15 years before joining the HIT Lab NZ.

Ken joined the Lab in 2007 as Lab Manager, and assumed the Directorship in 2015. He ably and humbly guided the Lab, working to make the lives of others as smooth as possible. Ken was a very student-focused leader, helping numerous students find their way through to joining the Lab.

Founding HIT Lab NZ Director Professor Mark Billinghurst recalls Ken fondly. “Ken tirelessly served the HIT Lab NZ for many years and is one of the main reasons that it is the success that it is today. I will be forever grateful for the help that he gave me in running the Lab in the early days and for the work he’s done since then. He was always willing to cheerfully help with complicated issues and provide students with the support that they needed. To have him passing so quickly is sad and shocking, I had always imagined him having a long and happy retirement, enjoying his mountain biking.”

Lab Research Leader Professor Rob Lindeman reflects “Ken was a modest individual. But he did so much ‘behind the scenes’ as it were to make people feel genuinely welcome, and to enable them to succeed in the Lab. He lived his life in a very balanced way, showing up early for work, working efficiently, then knocking off after a full day to enjoy his time outside of work. While at work, he was always humming something or other, and always had a cheerful word to share with people. Outside of work, he took great joy in spending time with his family and friends. I count myself lucky to have spent many hours in the mountain bike saddle following his lead along various tracks in the Port Hills and beyond. And also the well-earned pints of craft beer that followed, and that he so enjoyed.”

Ken is survived by his wife, two daughters, and numerous others whose lives he touched in profound ways.

He will be very much missed.